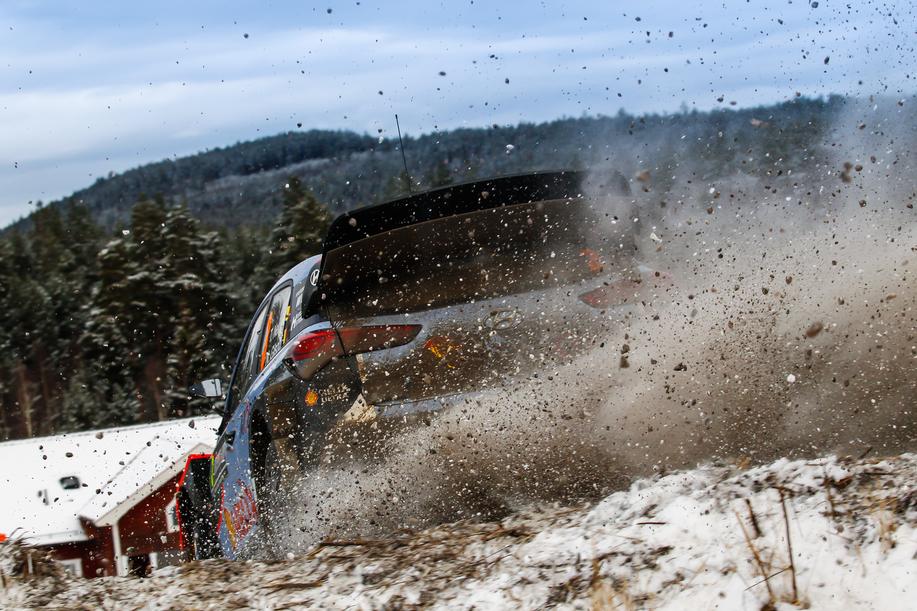 Four rounds of the 2016 World Rally Championship that I am competing in with Thierry Neuville in an  official Hyundai i20 WRC have handed down a verdict. The moment seems appropriate for me to  draw up an initial assessment, positive and above all encouraging for the future.

As in previous years, the season kicked off with the Monte-Carlo, a tricky rally on account of the  weather variations that enormously complicate the choice of tyres. We had not always enjoyed  success in this major rendezvous in the past.

But this time around everything went smoothly: we managed to avoid the countless traps of the  sixteen special stages held in the Alps and the Nice hinterland, and we reached the Principality in 3 rd  place notwithstanding a rather stressful ending to the course due to a transmission worry.

We held a comfortable lead on our closest rivals, and we easily managed those final tense moments  to start our 2016 campaign with a podium, and not just any! In fact the “Monte” enjoys a specific  aura with both the general public and the specialists, and to register a choice performance there  allowed me to fully measure my role of Ambassador for Wallonia.

The day after this successful springboard the troops morale was at a peak as we headed off for  Sweden for a stage where Thierry and I have kept an excellent souvenir following a brilliant 2 nd place  in 2015. Unfortunately matters turned out less well. In the first instance the far too mild weather for  the season distorted the event that was far from “wintery”.

But it was a technical problem that ruined our chances at the outset: a transmission component had  given up the ghost after only several kilometres, with our car no longer being a 4X4 but a simple 2  wheel-drive; no assistance was allowed during this first day, so we had no other option but to  continue our route in that fashion until the end of the day, when we were able to hand over the i20  WRC to our mechanics.

This incident was even more frustrating as on the following morning, with our mount back in top  form, we proved that we could aim for a podium! In hindsight we realised the importance of the  annulment of the shakedown, the special test stage held on the eve of the start, but exceptionally  cancelled in Sweden: in lieu of it happening in the race, the incident that ruined our chances would  have occurred during that shakedown and the repairs would have been carried out before the start.  If only…

And with a great thirst for revenge Thierry and I took on the third round of the Championship,  Mexico. Were we too motivated? Were we out to make too much of it? The fact remains that  following an excellent start, we committed two minor mistakes…with heavy consequences, and we  take full responsibility for these. It is worth noting that the Mexican special stages are held on  unpaved roads made extremely slippery by a layer of dust covering a hardened surface. This  “cocktail” is delicate to handle and the margin for error is extremely slight …

The last meeting I would like talk about was in the region of Cordoba in Argentina where, similar to  Mexico, the spectators have an exuberant passion for rally. It is brilliant to compete in such an  atmosphere filled with enthusiasm, eagerness and geniality.