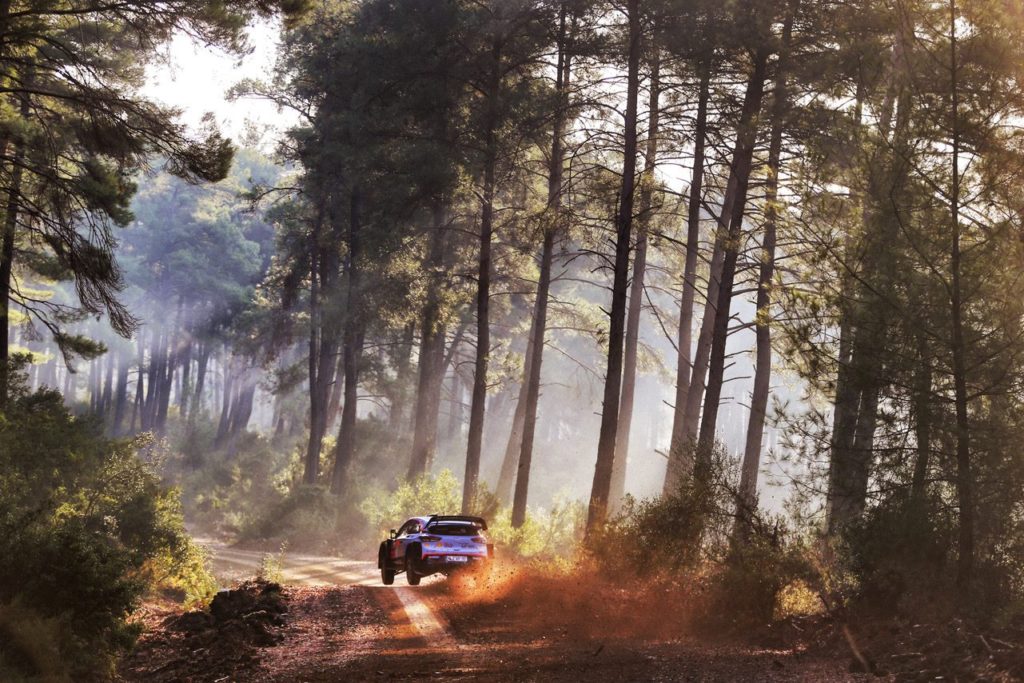 We win together. We lose together.

Rally Turkey was an unknown territory for everyone. How will the car behave on that super rough surface? How much time will we lose because of our first position on the road?

Very quickly though, we knew that we would be playing in the big league. Stage after stage, we got closer and closer to the leaders… and we even finished the day in the first position. A dream scenario.

We started day 2 with the same commitment, well decided to make the difference in the first stage, the split times can confirm this.
That’s when the mechanics got involved… unfortunately a suspension broke, with no chance to fix it. Rally over. It is really hard to accept, especially since our pace was so good. But that’s part of the game.

This Sunday’s Power Stage was our only chance to limit the damage… mission accomplished as we were fastest through and grabbed 5 bonus points.

In the battle for the title, it’s a tie with the M-Sport driver who also had issues on Saturday, but the duel is now a three-way fight. With three wins in a row, Ott Tänak is up to second, thirteen points behind us.

The end of the season is going to be epic. Thierry and I can’t wait to start the next round.
Focus on Wales Rally GB, a surface that we like a lot!