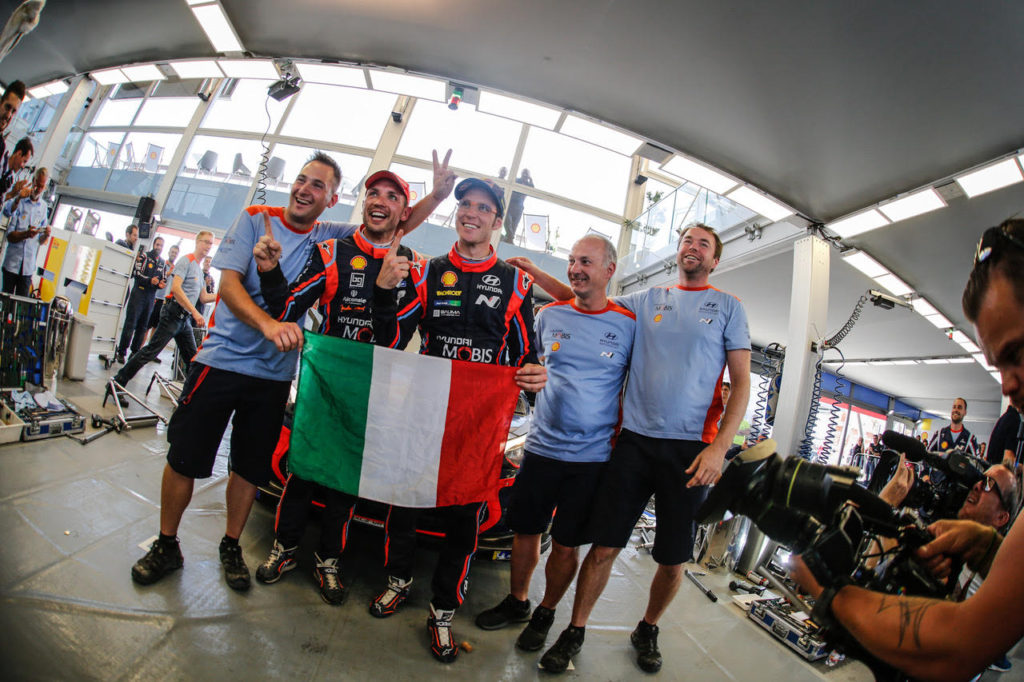 Suspense up to the end!

It’s hard to think of a more incredible race than this edition of Rally Sardegna!
It’s without a doubt one of the best moments of my career, the kind of thing I was dreaming of when I was a child, watching Colin McRae on TV.

We knew this would be a tough rally… especially the first day. Opening the road is always tricky on these super dusty tracks. But the weather was on our side, and the heavy rain falls made the Sardinian roads look a bit like Wales Rally GB.
In those conditions, we managed to stay in the top 3 before starting day two.

On Saturday, the battle for the win quickly turned into a ‘mano a mano’ with the five times World Champion Sébastien Ogier. After 2 stages, he had a 20 second lead, but there was no way we would give up the fight. Thierry, our Hyundai, the team and I were in total symbiosis (our mechanics even managed to change our fuel tank in less than 30 minutes!). Thierry was flying, I was reading my pace notes quicker and more precisely than ever and we were 14 seconds faster than the Frenchman in the following stage. From that moment, we knew it was game on.

There were 4 stages left on Sunday to make the difference.

On the finish line, after giving it everything, we won the rally for 0.7′! Hard to describe how one feels on a moment like that!

That result is also a great step in the race for the title as we now have a 27 points lead.

Last but not least, as today is Father’s Day in Belgium, we want to dedicate this victory to our dads and heroes, Alain and Carl!