Back in the lead! 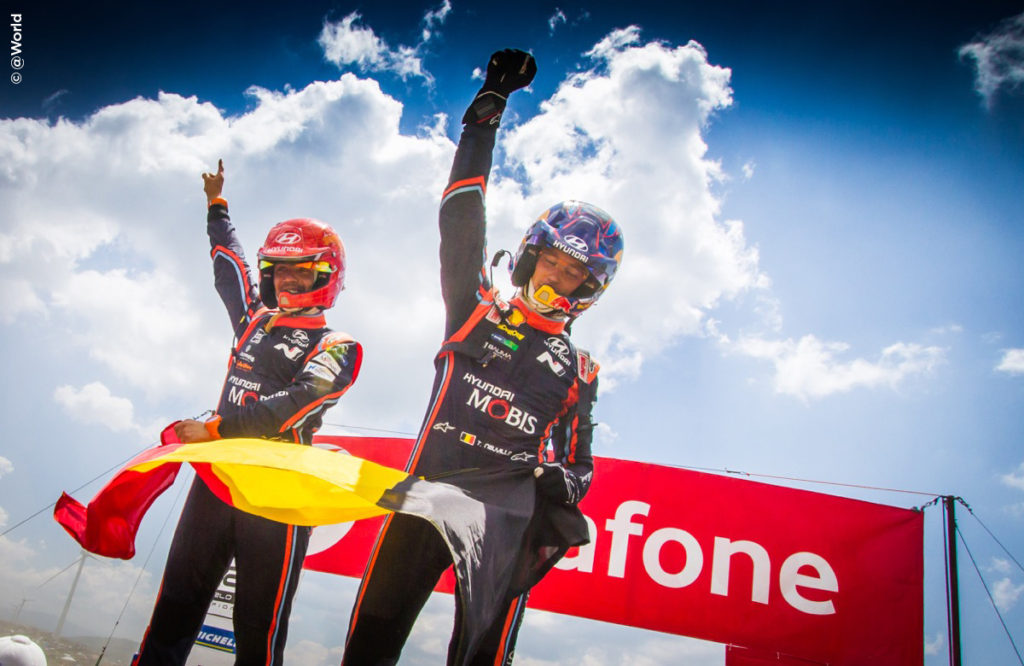 Each victory tastes special, but this one is unique for many reasons…

The first one –and not the least– is that we have many Portuguese among the team. They are the most passionate people and they work incredibly hard to make sure we can drive in optimal conditions. They gave us a massive energy boost throughout the whole weekend and this victory is also theirs!

But let’s go back to the rally. From the very first kilometers, our Hyundai felt great. And despite a disadvantageous position on the road, we managed to push hard and play in the big league.

Thierry drove to perfection, avoiding all the traps and taking risks as soon as it was possible to do so. The overall standing settled stage after stage and we finished the first day in the lead. Just an ideal scenario!

On Saturday we had to hold our position and avoid mistakes… this year again, many crews had issues in the super tricky stages of Rally Portugal. But here again, our duo worked to perfection and our car was quite simply fab.

There were five stages left this Sunday, including the mythical Fafe –to be driven twice. Impossible to describe you the feeling one gets when the car takes off after the jump in front of tens of thousands of fans! For both of us in the car, it’s a shot of adrenaline, pure happiness!

At the end of the day, it was mission accomplished: We score 25 points plus an extra 4 bonus points from the Power Stage. A superb result that brings us back in the lead of the championship!

I wouldn’t want to end this Road Book without a little wink to Charles Vanstalle, aka “Chavan” with whom I took part in the Legend Boucles de Spa, and who finished on the podium of Rally Portugal… back in 1969!
Next step, Sardegna. We know it won’t be easy but we’re willing to build on this momentum!