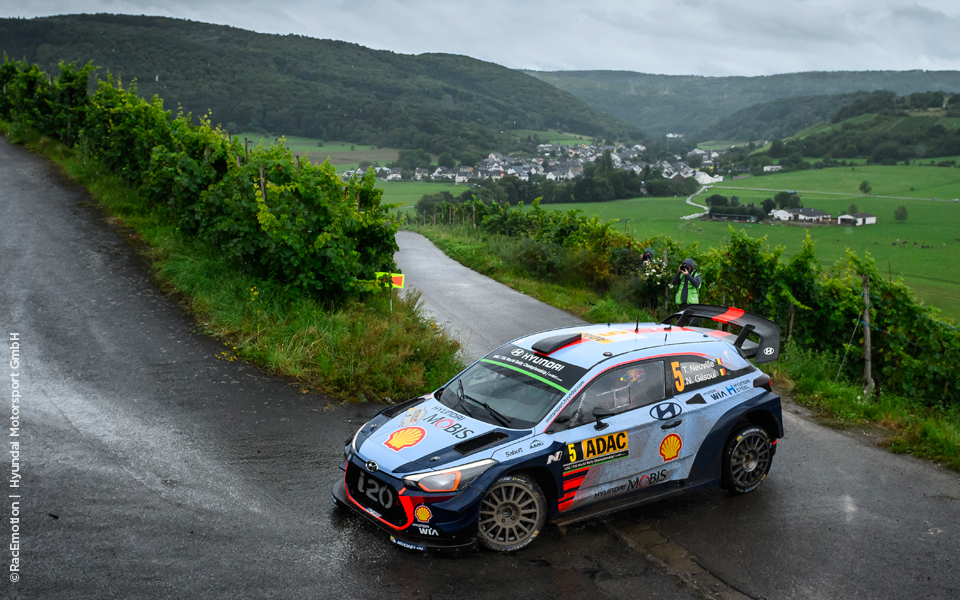 So, I’m not going to beat about the bush… Some rallies are great and some aren’t: 2017 Rally Germany definitely belongs to the second category.

Things had started well, though, and after a great and very tricky Super Stage and a Dantean weather in the vineyards on Friday, we were in third position (including a masterful driving lesson given by Thierry when our i20 almost went off in a left turn).

And then, during the first stage on Saturday morning, disaster happened. In a slow turn, the rear-left wheel of our car stayed stuck in the cut, and the axle broke right off.
Game over.

It’s hard for us to swallow because we didn’t make any mistake. But it’s part of mechanical sports. In such conditions and unable to drive, it was kind of difficult for us to find the good set-ups for the Sunday stages, and we finally ended up scoring no points at the end of the Power Stage.

Even though this is not the result we hoped for, of course, I would like to thank all of our fans who did come to Germany to see us… it always gives us chills to see all these Belgian flags.

We owe you a revenge… and we’re decided to take it! There are still 90 points left and we definitely are going to fight until the last meter of the last stage!

Until then, see you in Catalunia!