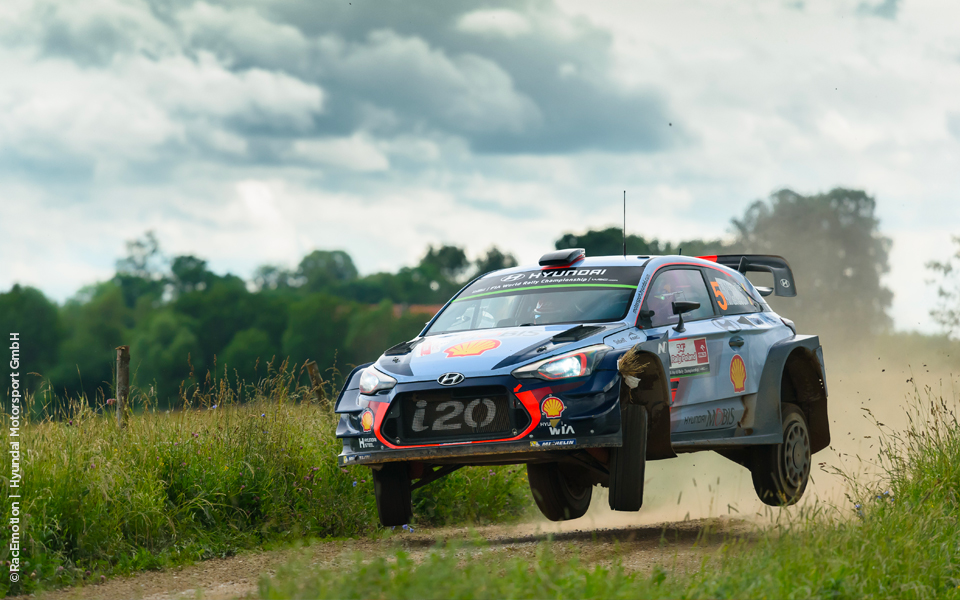 This is for days like this this I do rallies. It feels so great! I wish I could describe you the feeling of driving at 190km/h on soaked dirt roads just to take a few seconds over our opponents.

It’s never easy to switch from the sinuous track of Sardinia for the super-fast roads of Poland: you need to get used to it quickly if you want to fight for the victory. Especially if, like this year, the weather decides to step in and make things even more complicated. Mud, ruts, rocks, rain and more rain: those are the words that would perfectly sum up this rally.

From the beginning, Thierry had brought out the heavy machinery and the fight with Seb, Jari-Matti and Ott was epic. We ended the day as leaders, but it wasn’t over. On the next day, the fight for victory quickly became a duel. One stage for Tänak, one for us; each of us going through his own misfortunes… A puncture and a heavy shower made us lose some valuable seconds, while the Estonian driver was slowed down after he lost his rear spoiler. On Saturday night, we were still in first position, only 3 seconds ahead of Tänak… which means practically nothing.

Throughout the rally, I felt that Thierry was totally relaxed, completely focused. With such a pilot and a—once again—top-notch team, I really was confident for the last day… All the more so as Tänak went off the road during the second stage, which gave us free rein for our third victory of the season.

The other good news is that we’re now trailing Ogier by only 11 points in the championship. We really are working hard: we did training session after training session, we drove in Ypres last weekend and this hard work is rewarding. We feel good, we’re confident and the results are great… we can’t wait to be in Finland!

Thanks to all of you for the support, this is really motivating us every day!