Leaders of the championship! 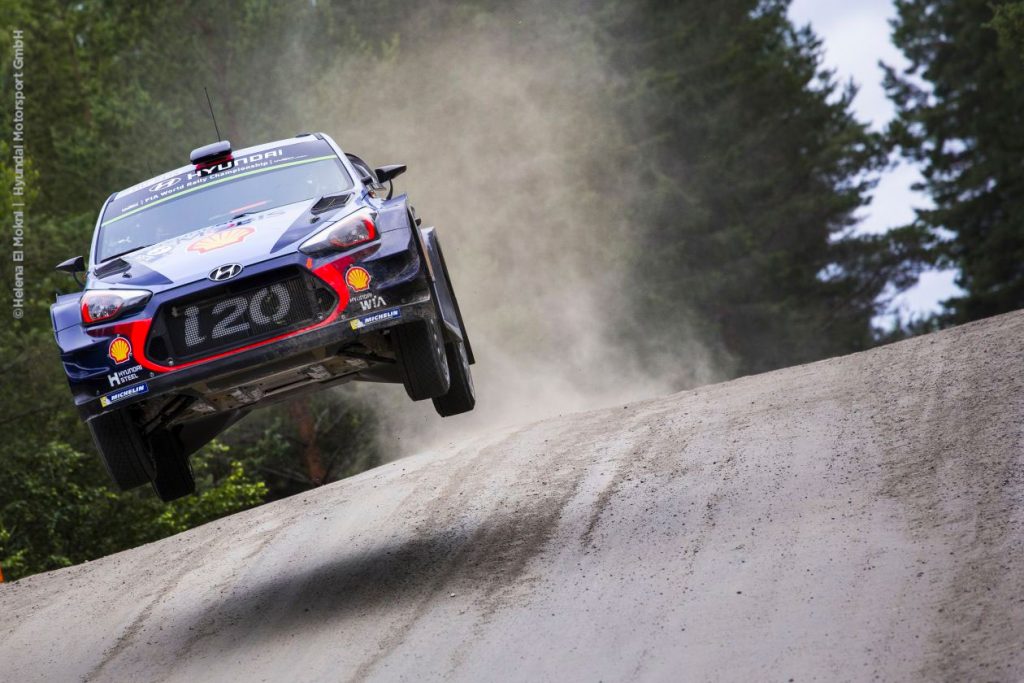 For the first time in my life, I’m writing to you as the leader of the World Rally Championship!

It’s been far from easy… and there’s still much to do, but it is quite a pleasant feeling!

Finland is like the Mecca of the WRC. Here, everybody talks about rally, thinks about rally and breathes with the rhythm of the stages. The race is absolutely amazing: made out of jumps and of long curves, on super-fast gravel roads.

On Friday morning, though, we understood that the weekend wasn’t about to go as we expected… The lack of grip didn’t suit our Hyundai and, despite Thierry’s acrobat skills, we couldn’t catch up with the leaders. Seb Ogier, who is our main rival in the race for the championship, went off the road during the third stage and we “only” had to handle our race in order to get as much points as we could, without taking too much risks.

As genuine rally lovers, we’d like to fight for the victory every time, but if we want to become world champions, we sometimes have to deal with less favourable situations and make the best of each race. And this is exactly what we did here. Thierry avoided every trap and we attempted to enjoy these amazing stages. We ended in sixth position in the overall classification and we got three extra points in the power stage. Thanks to this result, we’re now tied for first place with the French driver (with an advantage regarding the number of victories). The race to the championship title is only beginning!

I cannot leave without paying tribute to Esapekka Lappi’s performance, but also to Suninen’s and Breen’s… the young wolves show they have teeth!

This is really good for our sport!

I also offer Julien Ingrassia my best wishes for a swift recovery; see you in Rally Germany for the fight!

We’ll almost be playing at home since every year, the German stages are taken over by the Belgian fans… I hope to see you all there!