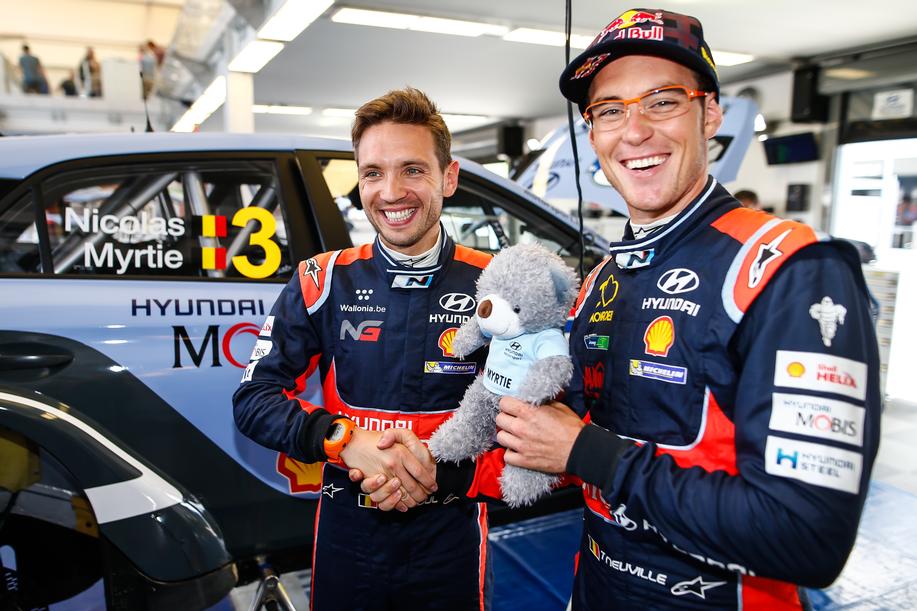 In the country of lakes and jumps…

Did you know that I have just competed in … a Grand Prix? Taking into account the high speeds achieved in the  Rally Finland the event is known to be a true Grand Prix held on gravel roads. The top players regularly exceed  speeds of 180-190 km/h on wide gravel roads lined with trees and with blind crests and raised areas where the cars  take off with their four-wheels producing some highly impressive jumps.

The recces are of crucial importance as these allow one to assess the speed – extremely high – at which these  jumps and ultra-fast curves can be taken. At that pace the interaction between the driver and his teammate needs  to be at a peak, as one pays dearly for the slightest mistake or hesitation. Satisfaction is all the greater at the finish.  And I can assure you that at the end of these three days of sprint, all the competitors have stories to tell!

Other characteristic in this classic on the world calendar: the special stages are held on hardened unpaved roads,  and contrary to for example in Portugal or Sardinia, the surface is so hard that no ruts appear, making it impossible  to ‘plant’ the car in order to negotiate the bends and curves. On top of that the Hyundai that I share with Thierry  Neuville lacked stability in the fastest sections, and God knows there were loads of them there … We tried to solve  this problem by working on the various set-ups but were unable to find a solution allowing us to keep to the pace  of the leaders.

Having said that, we finished this eighth round of the season strongly, seeing we twice recorded the best time  during the final day of the race. And as cherry on the cake in the last timed stage, namely the televised powerstage,  we claimed an additional three points in the World Championship. These were added to the twelve units we had  scored thanks to our 4 th place overall, slotting us back up into the top-5 overall. Even though this rally was not an  easy one, the outcome is amply positive. Right through to the finish we put in an extremely hard fought battle with  our teammates Hayden Paddon and John Kennard, and we ended with a mere three seconds between us, which  goes to show the intensity of this duel!

Now back in Belgium I can confirm that the Rally Finland remains the Mecca of rally! Apart from its exceptional  course offering sensations like no other, on the organizational front the event deserves praise, with its overall  atmosphere, its lay-out; and the massive number of spectators in the Finnish forests never for a single moment  regretting having traveled there.

From this point forward I will be fully concentrating on the four upcoming meetings that have one point in  common: they are all held on asphalt. The Deutschland, a stone’s throw from Belgium in the Trier region, where I  retain a wonderful souvenir seeing I claimed my first World Championship victory there with Thierry. No need to  say that I would love to repeat that performance in front of a public where the Belgians are traditionally numerous.

Prior to concluding, I would like to recount a small story that shows how friendly and positive the atmosphere is  within the Hyundai team. Upon arrival in Finland I had the pleasant surprise of discovering that next to my name,  on the rear side window of the i20 WRC n°3, the mechanics had added Myrtie, my daughter’s name who was born  on the day after the Rally Poland. This small attention went straight to my heart and something I am not about to  forget …