Rally Germany: for a 10th of a second! 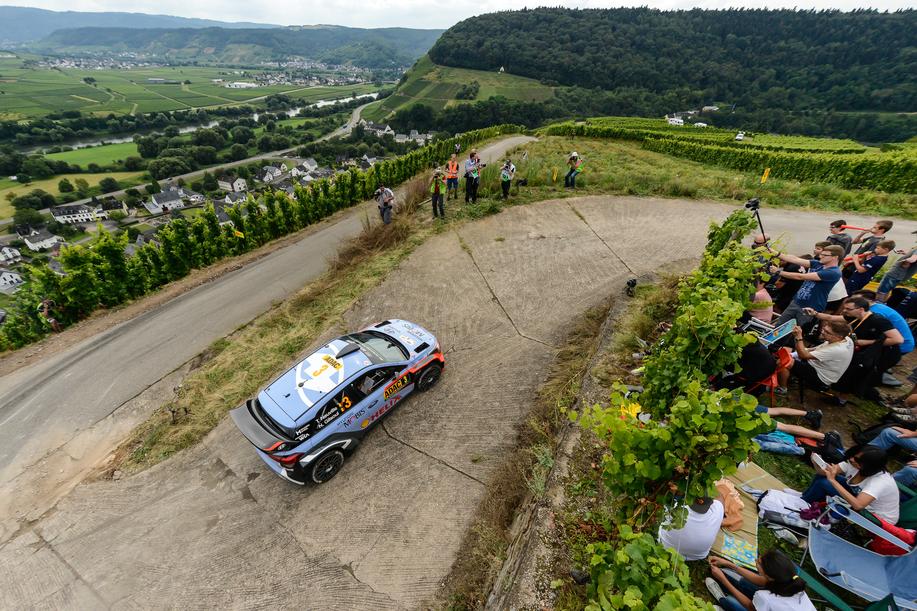 Hello one and all,

After two rallies where, with Thierry, we just missed out on a podium, we once again experienced joy at Rally Deutschland, after three very intense days of competition! Additional satisfaction: we recorded this performance in front of an impressive horde of Belgian fans who had travelled down to the Trier region.  Battled out at a fierce pace, the German event immediately saw four teams quickly break away from the rest of the pack … and we were part of the quartet, with our teammates Dani Sordo and Marc Marti. We were battling with the triple world champions, Sebastien Ogier and Julien Ingrassia and their team mates Andreas Mikkelsen and Anders Jaeger. I can assure you that the battle was ‘all out’ from the first through to the last metre as not one crew would ‘back off’!

The result confirms that with Thierry and the Hyundai team, we are definitely on a positive upward spiral. I would just like to repeat the fact that throughout the entire rally we played up front with the leaders and if on the one hand we committed the odd minor error, we also lost some ten seconds due to a power steering problem in the renowned Baumholder section.

I especially recall the Sunday, which we tackled with the firm intention of getting the better of Dani and Marc to finish in the wake of the world champions. The battle for second between us both was fierce!

Most likely we would have achieved this objective without the cancellation of a special stage; but we just missed out by a tenth of a second …  Having said that we added to our achievements on the powerstage that was televised live and claimed 3 points in the championship, great for the morale!

Rally Deutschland proved to be difficult due namely to the ever changing weather that presided over the region. Once again we were able to count on the excellent work put in by our safety crew, Bruno Thiry and Julien Vial, who were able to provide us with perfect details allowing us to go into full attack.

However, the challenge remained difficult because the road conditions were continually changing: a special stage could well be damp when Bruno and Julien had driven it … and perfectly dry at the time that we competed on it. Various competitors learned the hard way, among others Stéphane Lefebvre and Gabin Moreau. The photographs published after their off-road crash gave me shivers down my spine because I know both of them very well.

It is worth noting that if on the one hand competitors at the highest level of the WRC are fierce opponents once the stopwatch has been set off, they also form a true family where there is mutual respect and appreciation.  The cancellation of the Rally China will allow me to breathe somewhat in September and share some sweet moments with my partner Cindy and our young Myrtie, prior to taking on a pretty intense period seeing three WRC events– France, Catalonia and Wales – which are all within the month of October!