One more podium in Catalunya! 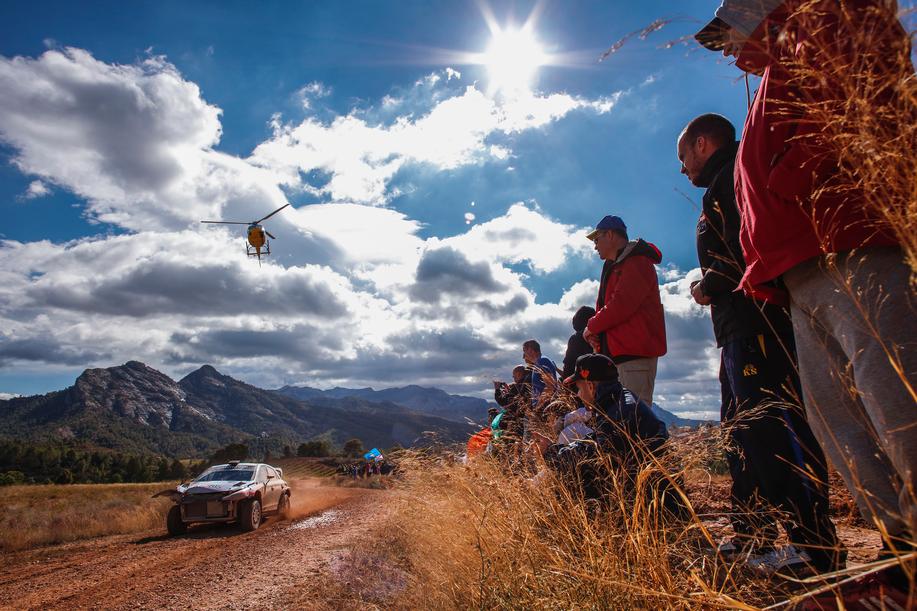 Prior to bringing up the Rally of Catalonia where, together with Thierry, we found ourselves once again on the podium, I would like to come back on a recent bit of information: we will be defending the colours of Hyundai Motorsport during another two seasons! I’m absolutely delighted seeing the lengthening of the contract will allow us to progress even more with a team that we have learned to know and to appreciate all its members. In three years we have managed to grow together right through to such a point that we are now the second striking force behind VW Motorsport. I wish to take this opportunity to congratulate Sébastien Ogier and Julien Ingrassia, the leading lights of the German formation: they fully deserved this fourth title … however they should be aware that our objective is quite clearly to succeed them at the top of the hierarchy within twelve months!

To achieve this we will have the latest Hyundai i20 WRC at our disposal, meeting the 2017 regulations. We will have the opportunity of getting to grips with it during two test sessions being organised in a few days, and I can’t wait to be there; based on the three-door model, this car is in fact more powerful and boasts a far more aggressive look than our present mount.

Even though the 2017 horizon promises to be exciting, no way do my driver and I wish to neglect the end of this present campaign. In fact, quite the opposite. By clinching 3rd place in Catalonia we put in a perfect performance seeing we have now slotted into 2nd place in the championship, on a par with Andreas Mikkelsen and Anders Jaeger who were forced to retire following an off-road. There are still two rounds to go, the Wales GB Rally and the Australian. As with Thierry and the entire Hyundai Motorsport team, I’m motivated like never before. I truly want this silver medal and I have set my mind to giving 110% to claim it.

Talking about Wales, which takes place at the end of the month and is often held in wet conditions, we did have a fore taste … in Catalonia. It’s worth noting that the Spanish round has the particularity of holding a stage on unpaved roads prior to two days on asphalt. As it happens it poured with rain both on Thursday evening for the Superspecial in Barcelona, as also the following day when we had to tackle the unpaved inland sections. Deep puddles and mud, ruts, pot holes, a pure panoply of traps. A spin made us lose contact with the leaders, but in the end it was inconsequential as our nearest rivals also committed a few errors. The weather improved once we were back on asphalted sections, which were wide and similar to a circuit. We solidly held our own here and claimed 3rd place, rewarding us and Hyundai with 15 precious points, where the make has for the fourth time this year registered more points than VW in the Constructors’ ranking.

I’m now off to meet up with the team members and the mechanics, whose efforts are often left unmentioned. It is worth noting that on Friday evening they only had 75 minutes to reconfigure our car from its unpaved set-up into an asphalt version. On top of that we had also rather ‘modified’ the bodywork’s front section, which demanded some repairs. And yet they managed to complete the job in time, without getting worked up, pure professionals. I take off my hat to them.   More news shortly about the Welsh round.