Five in a row! 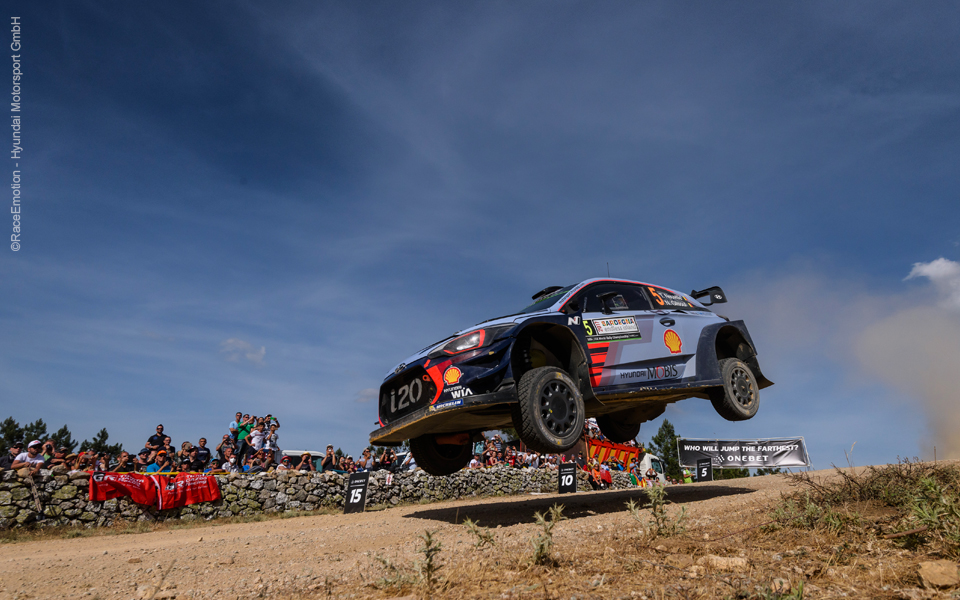 Hi, everybody! The more rallies, the more good results! We’ve just ended this race in third place and this is our fifth podium in a row! Sardinia’s roads really are characteristic: the ground is very hard and covered with a thick layer of sand, scattered with big rocks. In short, this is an especially tricky event, where you can crash easily… Many teams have experienced it this year again.

But let’s go back to our race. On Friday we were disadvantaged by our road position, since we were sweeping the road for the following drivers. Despite this, we managed to end the day in second position, thanks to a permanent fight. The car was perfect and Thierry had brought out the heavy machinery! It was the dream scenario to start the second leg with.

On Saturday morning, everything was going smooth. We set the fastest time in the 11th stage and were fighting for the victory. That’s when our breaks decided to let us down… and made us lose over a minute in Monte Lerno (and yet, we really limited the damage here!).

After another incredible performance from our mechanics during the midday technical support, we were able to go back within the set time, with an i20 “as good as new”, for the second loop. But we weren’t able to catch up the leader the regular way and we ended up the day in third place.

No useless risk-taking and 2 bonus points in the Super Stage: so went our Sunday. In the end, there’s only positive: we scored good points for the championship and gleaned some from Seb Ogier.

Before I go, I’d really like to congratulate Ott Tänak, a driver we were already competing with in 2012, when we started off in WRC. He totally deserves this victory!

Next step: Poland. This is a super fast rally that Thierry and I really appreciate… and with the WRC 2017, we should be flying!

In the meantime, we’ll be at the start of next Ypres Rally in our home country. Really looking forward to that.