Finish on a high note! 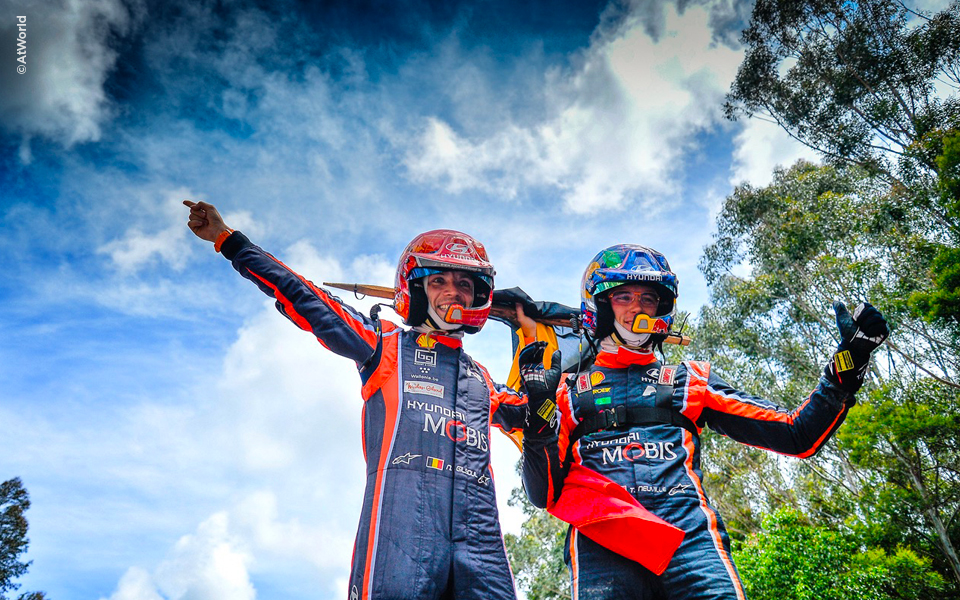 Ending up the season with a victory is such a great thing… and winning here in Australia on these tracks that seem to have been created for rally cars makes it even better.

We were determined to go for another good result after our podium in Wales, and the least we can say is that it did work out pretty well.

To win here, we absolutely had to be amongst the top drivers on Friday despite our unfavourable starting order… the first loop in the narrow forest stages was especially tricky and we had to “clean” the road covered in leaves and dust. But we did it and ended up the day in third position.

Our Hyundai is so competitive on gravel, and we were in for an epic battle with our new team mates Andreas Mikkelsen and Anders Jæger who were having a great run. Unfortunately for them, a double puncture ruined their hopes and we were leading the rally from Saturday afternoon.

Thierry really was at the top of his game: so fast yet keeping everything under control. Driving on these Australian tracks with such a driver was just pure pleasure. We had 5 more stages to go on Sunday with a 20 seconds lead.

Then the rain spiced it all up a bit, but we never doubted, always picked the right tyres choices thanks to the great work from the Hyundai weather forecast team. And despite the pressure from Jari-Matti who never gave up, we made no mistake and secured our sixth WRC win!

There is no better boost for us and the team than finishing 2017 on such a high note and we can’t wait to be in Monte Carlo!

But for now, time for some well deserved holidays and some work out to keep in good shape!