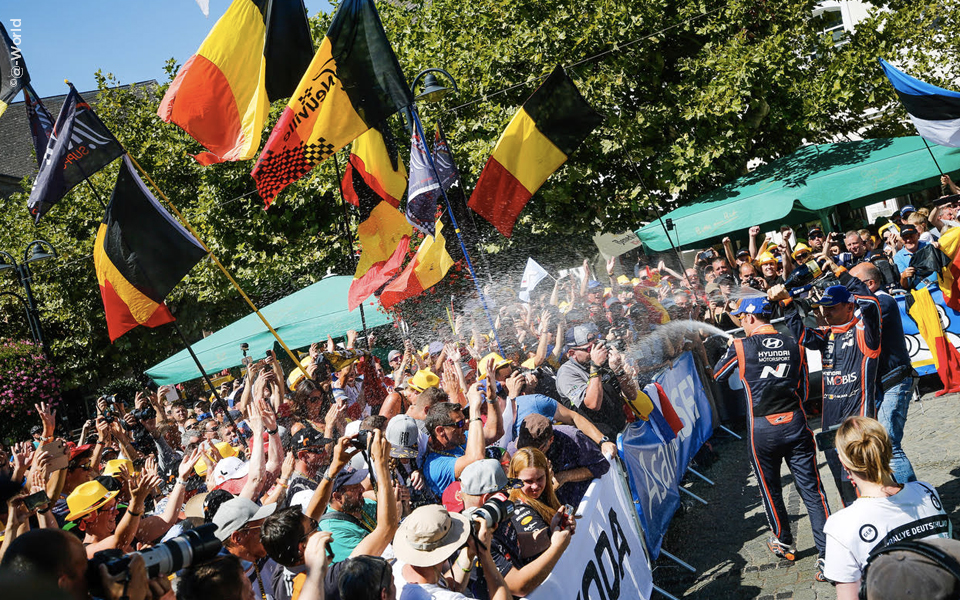 Before anything, let me start this roadbook with something really heartwarming. This week-end more than ever, it felt like we were ‘playing home’. The stages were literally covered in black, yellow and red.

Thank you for showing up in such high numbers. I’ll never tell you enough how much your support means to us!

But let’s get back to the rally. Three crews quickly broke a tie: a rather impressive Ott Tänak at the wheel of his Toyota, Seb Ogier and ourselves. However, stage after stage, we realized that it would prove really difficult to keep pace with them. Dani Sordo and Jari-Matti even managed to pass us on Saturday morning after a first run through the mythical Panzerplatte.

In such circumstances you need to stay focus, keep a cold head and continue to drive fast even if your stage times aren’t up to your expectations.

But every year Rally Germany reminds us why it is one of the trickiest and most demanding round of the championship. The smallest mistake can be fatal over here, and to finish on the podium, you must first… finish!

Without ever shifting down a gear, we managed to avoid all the traps and move from the fifth up to the second position on Sunday morning.

We still had the Power Stage to score a few extra points, but a tiny mistake (the only one of the whole rally!) in an undergrowth made us lose a few seconds.

Result: a fifth fastest time and a bonus point. In the end, we increase our lead in the World Championship, clearly a super positive result!

Next step: Turkey. A newcomer in the calendar that I can’t wait to discover!