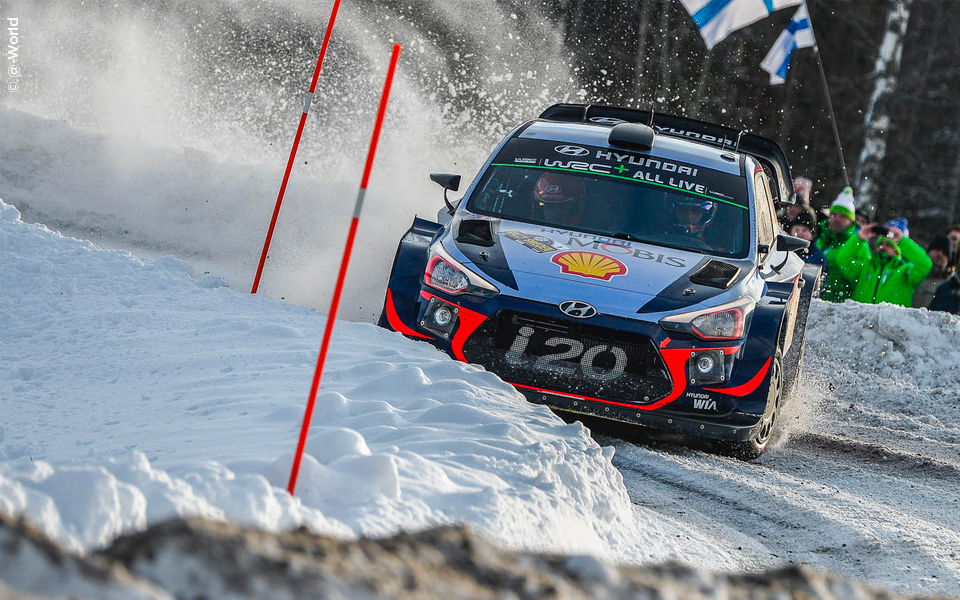 A year after a pile of tyres ruined our hopes, Thierry and I won Rally Sweden after a rather incredible race. We are only the third “non-Nordic” crew to achieve this!

It’s been snowing a lot here in Sweden, from the first to the last day, making the roads even more tricky.
To win here, you need to be really fast all the time, without taking inconsiderate risks. That’s precisely what we’ve done, pushing hard on Friday to get a good road position the day after.

It did pay off. We took the lead after the third stage and kept it until the end.
On Saturday, despite a spin we increased our lead over our team mate Andreas Mikkelsen and Craig Breen who both had a great rally.

There were 3 tricky stages left on Sunday. But here again, we worked perfectly together and we sign our first victory of the season with an extra two points from the Power Stage. This means we are now leading the championship. This is a great result for the whole team that once again did a top job!

We know this first place means we’ll be first on the road in Mexico, which won’t be easy but that’s part of the game.