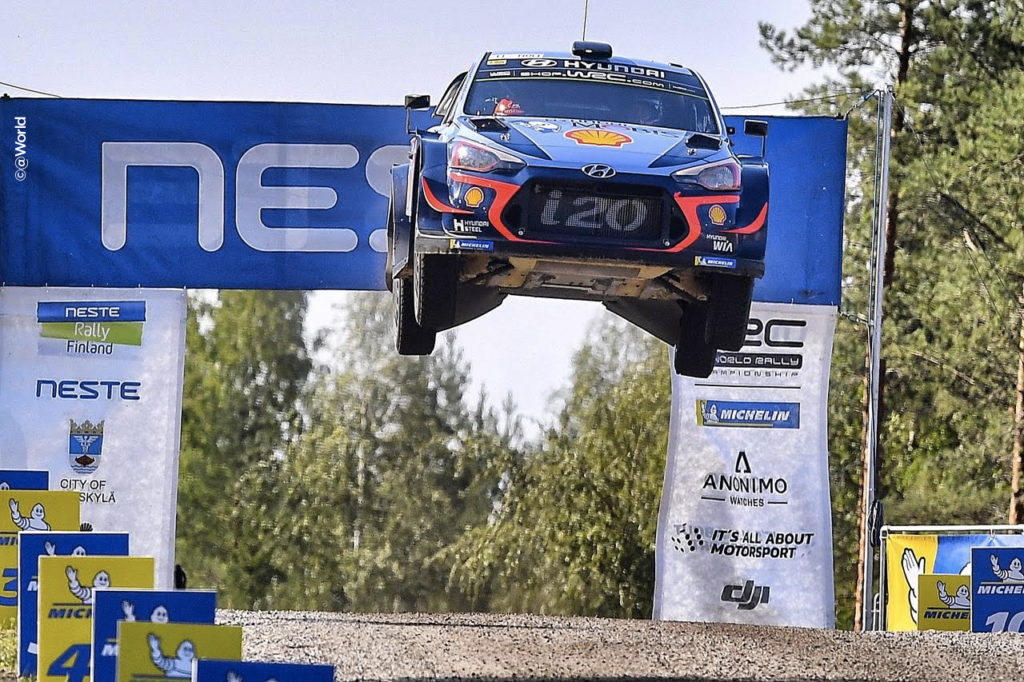 Sometimes you must hang on and clinch teeth… It was the case here in Finland. Of course we would have loved to battle for the victory; but to win a championship, you have to accept that you are not going to win every round and keep fighting when things get tougher. That’s precisely what we’ve done.

The drought that hits Europe hasn’t spared Finland… turning its gravel roads usually damp into dusty tracks! We knew that being first on the road on Friday wouldn’t be easy. But that’s part of the game. Impossible to play in the big league in those conditions. We just had to stay focus and ‘do the job’ (well… except for a little off with no major consequences in the morning loop

Same scenario on Saturday… Stage after stage, we realized there wasn’t not much we could do. We remained stuck in the 10th position, way behind the really competitive Toyota’s and the Citroën’s showing great pace. But even in these tough conditions, Finland remains a fabulous playground. Driving here feels like being a kid in a toy shop. This is definitely THE home of rallying.

We had to stay focus this Sunday with four stages on the menu. Our main target: finish and concede as few points as  possible to Seb Ogier. In the end, we score two bonus points in the power stage and limit damages, losing 6 points to our French rival.

This rally felt a bit like a big practice session and it would have been really difficult to end it on a better result. The team  did a great job, we remain leaders of the championship and we are already focussing on rally Germany.

I hope to see you there in numbers, we will need your support!